Deprecated: The each() function is deprecated. This message will be suppressed on further calls in /home/holaawmp/public_html/wp-content/plugins/js_composer/include/classes/core/class-vc-mapper.php on line 111
 Safely embracing ‘hoe is life’: on queerness and sexual knowledge - HOLAAfrica!

Safely embracing ‘hoe is life’: on queerness and sexual knowledge 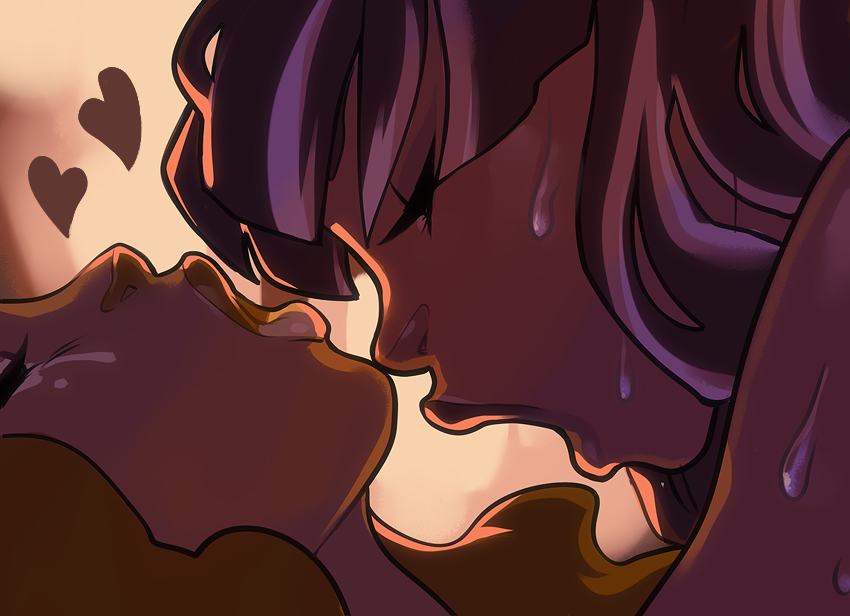 There have been times when I wondered why being queer felt, socially, like a hot mess. Sure, there were the confusing-sexuality times, being non-normative in a world where being heterosexual was the be-all and end-all — but it went beyond that.

The interpersonal experiences were messy, especially when it came to dating. It seemed to be a whirlwind of high school-level courtship, — drama, infidelity and masculine-presenting women giving you the side lean, lip bite, birdman rub combo.

I remember nights out being filled with women old enough not to look out of place at gatherings my aunts would host and conferences where someone would be presenting their PhD one minute and then be doing body shots and bathroom romps the next. I remember she said/she said moments and shocking reveals of hook-ups coupled with people being momentarily shunned à la Mean Girls. It felt like hunting and mating season all at once.

It took me years to understand why this was the case, why, as grown folk, the thirst seemed so real. Then it hit me: our formative dating and sexual years, for many lesbian, gay, bisexual, transgender and intersex (LGBTI) persons, were spent either suppressing our sexuality, dodging the questions about it or simply trying to slot it into the general social structure — like some sort of queer peg in a square hole.

The time in which people are trying to kiss boys or getting to third base or watching things they probably shouldn’t be, a whole host of queer young things are going through the dual confusion of the rise of sexual urges and seeing that these do not match the experience of their peers.

A paper in the Journal of Sex Research states that “the development of a gay, lesbian, or bisexual (GLB) sexual identity is a complex and often difficult process. Unlike members of other minority groups (such as ethnic and racial minorities), most GLB individuals are not raised in a community of similar others from whom they learn about their identity and who reinforce and support that identity.”

This means a host of social and sexual cues are institutionalised and learnt in heterosexual spaces and not in queer spaces until much later, when people are able to be part of an identified and constructed queer community. This usually happens only when queer people are further along in life, often when they’re more financially and socially independent.

This may also be why the LGBTI community is seen as being “hyper-sexual” and drenched in “hook-up” culture. Today, the development of a sociosexual identity is happening more openly than when we were teenagers and the most freedom we had was a 15-minute romp in the back of a car just before curfew.

Whatever the case, this time is an important one in the development of sexual identity, understanding likes and dislikes, as well as types and preferences.

When I was first (consciously) into women I would have considered bedding any woman who even sneezed in my direction because all women were fascinating, in the same way all boys had been much earlier in life. But, as happened with my tastes in men, my palate became more discerning and eventually I could tell the difference between a good merlot and that swill that came out of a box.

Over the past few years we’ve embraced “hoe is life”. The time when we explore our sex and sexuality with (safe and healthy) abandon is an important part of waking up and being able to engage actively and healthily with our sexual identity, because we know what we want.

Properly building a sexual identity we are proud of helps to navigate the treacherous waters that surround coitus cove.

Sadly there are a lot of people (heterosexual and queer) who do not properly participate in this time of life, in which we build healthy sexual practices and ideologies.

It is when we have huge silences about sexual exploration and proper sexual practices at a young age that we grow up with sexual predators roaming around (consent being a murky issue), unsafe sex (sexually transmitted infections are on the increase) and bad, unsatisfying sex.

Everyone should run that race at some point — they just need to make sure they are being emotionally and physically safe about it.

From Inxeba to Rafiki: state-sanctioned erasure of queer stories in Africa must end now