Deprecated: The each() function is deprecated. This message will be suppressed on further calls in /home/holaawmp/public_html/wp-content/plugins/js_composer/include/classes/core/class-vc-mapper.php on line 111
 The Day She Found Her Voice - HOLAAfrica!

The Day She Found Her Voice

Belittlement and constant derisive jabs was all she knew. She saw it and experienced it every waking day. Day in and day out her days were a blurry haze of statements that could only be described as debilitating in nature. She was told she was ’not good enough’ ‘not beautiful enough’ ‘not smart enough’.

The ‘enough’ she heard made her feel worthless.

She delved deeper into the wells of depression as she was completely and utterly engulfed by the sense that she is and will not amount to anything in life. The sheer dread of it all gave her unspeakable nightmares. She steered the ship of her life into the most tempestuous storms and the angriest of lightning bolts. She felt that she deserved the strike of lightning. How could she be deserving or anything but that which she knows to be nothing?

She lost her voice.

Through this journey of self-doubt and immeasurable pain suffered through the hands of those she held dear, she lost her voice. She could not believe it. How could she lose that which she had thought one of her best commodities? 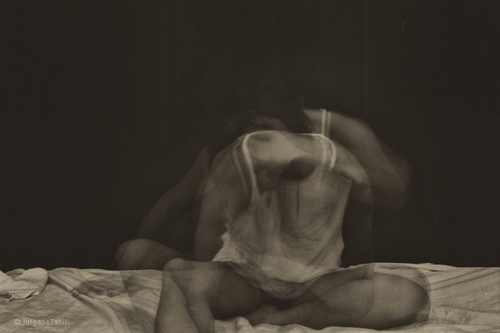 She lost her voice literally and figuratively.

She had gone to a supermarket to purchase vegetables. While waiting in the queue for her turn to be served, she came across a dear friend of hers whom she had not seen nor spoken to in eons. Her friend asked her four simple words, ‘’how have you been?’’ When she tried to respond and no words came out, she knew she had reached rock bottom. She knew she had to make a concerted effort to change her circumstances.

That defining encounter with a friend changed it all.

It was as if an inexplicable force from the heavens revealed to her what she had been suppressing and rejecting. That fateful day changed the way she perceived her circumstances. For the first time in a long time she could look objectively as ‘an outsider looking in’ and what she saw gave her shivers. How could she, the woman who had defined herself as ‘strong and independent’ have found herself in a situation that was debilitating and condescending to her abilities? How could this be her situation as a woman of strength?

She was perplexed by how she had allowed this cruelty to take over for so long.

How could she, the reigning debate speaker who shook the foundations of thought-provoking school of thought in her community have allowed people who do not value her to reduce her worth into a blank sheet?  How could she have believed she amounted to nothing when she had helped build the community that she holds dear? How could she have let her mind wander into a dark abyss when she used to say that her world was her oyster and she walked the walked, talked the talk? How could she have forgotten just where she had come from and how much she had achieved?

Her achievements were her source of pride and joy. She defined herself as a woman who took action and got things done. How did she forget all of these beatific imprints stamped in the resume of her life?

She was in utter disbelief!

She could not fathom how she fell into the clutches of a dark soul. She made all these musings to herself, she made a vow to herself never to allow ANYONE to define her, to never allow anyone to debilitate her, never to allow her worth to be second-guessed. She took the first steps to the path of her success.

On that fateful day, she found her voice.

Stepping in a strip club: My first time

More in Politics & Lifestyle
Dying for the ideal
9th Jul 2018