Deprecated: The each() function is deprecated. This message will be suppressed on further calls in /home/holaawmp/public_html/wp-content/plugins/js_composer/include/classes/core/class-vc-mapper.php on line 111
 Why you can trust Sex Positive Feminists with the #AfriFem Revolution- #BlackFeminisms - HOLAAfrica! 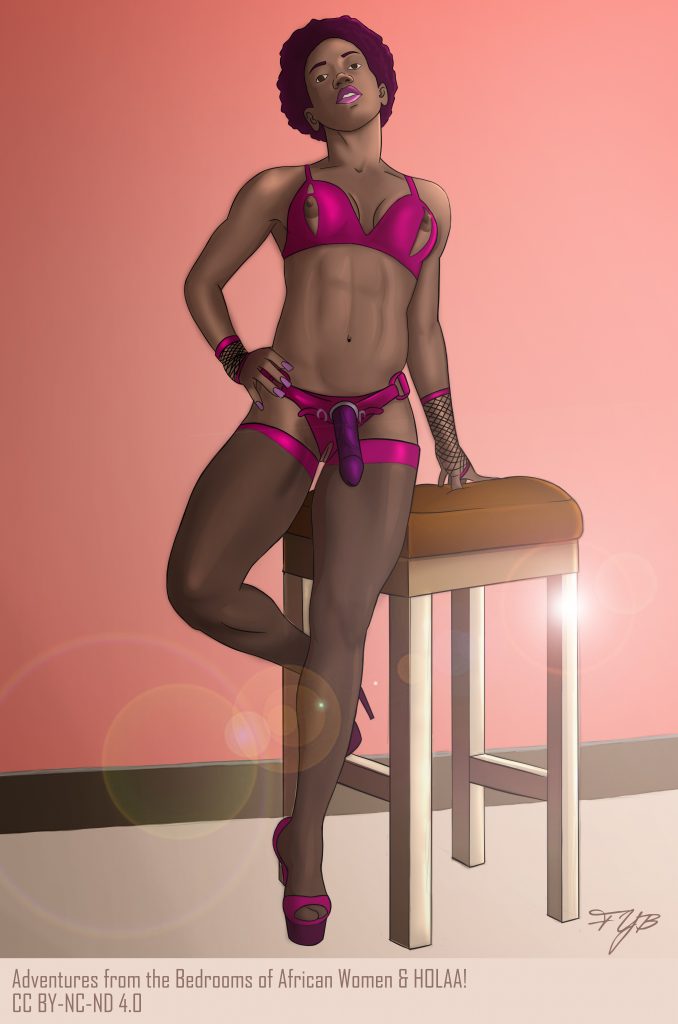 Recently I once had, what can only be termed, as a head to head with some fellow African feminists. Talking about sex over chardonnay is standard and being a queer collective of women the talk ranged from everything from polygamy to the thirst of having not seen another vagina in many a moon. At some point talk turned to the notion of sleeping with men and things got, lit, as the youths say.

The argument fell on two sides. In one corner there was the idea that in our patriarchal sexist heteronormative system women cannot simply have sex with a man for the sake of it, that at some point you must be ‘taking his money as well.’ Clearly this was a nod to the notion of transactional sex and did not only fall into the realms of formal sex work. If he was getting the coochie he best be throwing down for dinner, drinks and possibly a Cartier watch.

On the other side stood team ‘ride a dick for dicks sake’ where Kagure stood, a lone wolf ranger. The argument on this side was that as a woman you should be able to have sex with whomever you want, whenever you want,however you want, purity politics be damned.

According to my cohorts my notion was somewhat reckless. This was because my ideas of sex did not take into account socio-economic hurdles that many women faced and thus erased women who could not engage in this ‘sex and the city’ type lifestyle. It was a privilege to think and act this way.

I felt some type of way about this notion.

This was mainly for two reasons. The first was: my particular brand of feminism culminated in this thinking in the way that economic feminists felt that every woman should be able to run their own fortune 500 company one day. However, my end goal had just been called something for ‘ladies who lunch’.

The second reason was the fact that this showed a complete misunderstanding of what myself and fellow sex positive feminists are about. It implied that we had not done the intersectionality work and had simply woken up one day and been like ‘Condoms! Use them! Orgasms!’ That we are simply the fun cousin of the feminist family.

This is not the first time that this stream of thought had emerged. During a conversation entitled#SexingWhilstFeminist there were some tweeters who stated that this thread was reckless because it did not take into account the problems of women facing HIV on the continent. That our bubble gum conversation did not take into account the vulnerable members of society, the implied argument that sex was something fun to engage with once all the serious work was done.

But I care to counter that, sex is fuck off serious. What many do not understand about the notion of ‘riding dick for dicks sake’ is that as a sex positive woman not only have I looked at how yesterday’s ideas about marriage as a financial interaction have led to today’s rape culture but also looked at how HIV spread from mines affects the economic prospects of the oldest girl child raising her orphaned siblings. I have looked at looked at how a woman can be a CFO and be pressurized into having a baby, essentially facing the same situation as a woman in a rural village who’s told her entire existence is to pop out tiny humans. I have looked at how governments have policed access to safe abortion and maternal health whilst universities have constantly failed rape victims.

I have looked this clusterfuck of interacting socio economic and political factors in the face and gone ‘not today Satan’. Riding dick for dicks sake is not simply about having sex but about choosing what happens to your body. It is not about only making sure that you are constantly doing the reverse cowgirl but also about having a giddy up on our sexual and, in turn, bodily autonomy.

Who owns your pussy is the basis of a number of these debates, be it rape culture, the right to marry off your girl child or even HIV prevention and access to abortion services. It even seeps into ideas of being able to breast feed in public. It seeps into a world where a woman’s hands can be chopped off because her husband blames her for a lack of offspring.

It is all about when can a woman’s sexuality be brandished and controlled and by who.

The sex positive rhetoric is no different from telling a young girl studying finance she can run a successful company one day. It may not happen today, or tomorrow but it can happen with enough internal and external work. It is about understanding that no matter who you are and where you come from and what you are facing you should hold the key to your vagina and in turn own your body. And that can be summarised as ‘ride that dick for dicks sake’ because it is not tied into you being a commodity, or you being something that can be ‘taken’, something that can be policed and something that can be controlled by anyone but you.

So can sex positive feminists be trusted with the revolution even though we are seen as the tequila sisters at this womanist party? Yes, because we have done the work and see the intersectionality and seek to tackle it on a whole host of levels.

From silent protests in front of the President of South Africa to holding online conversations, from teaching women that about the need for an end to forms of FGM to saying don’t fake orgasms sex positivity is often an important part missing in any rhetoric of women empowerment. Telling women that they can be President but not continuously telling them that they deserve to enjoy their bodies can be counterproductive. Sexual liberation is not a privilege thing. Our message is not any less important because it is framed in a fun way, we take the revolution into the bedrooms (and wherever else you may choose to get down and freaky).

Sex positive feminists, we got this.

It was first published on Adventures from The Bedrooms of African Women.

Listen: HOLAA in a Hot Spot: Advice on leaving a relationship, polygamy problems and going down on a girlfriend (podcast)