Queer: Irie for the Straight Gyal

For most of my Life, Queerness was never a concept I associated with myself. It was always something with which I was familiar, yet comfortably detached. I was an ally, safely fighting from behind the wings but never on the brightly lit stage for everyone to see. This way, I wasn’t personally affected by it- despite a certain curiosity running through my veins.  I did not identify with it nor did I feel I had any reason to do so. I never had friends who were openly part of ‘The Community’ nor did I know anyone who I thought was an undercover. I had my inkling suspicions but once again, I didn’t dwell on it much.

Now, let’s set our clocks to 2012 to when I was just starting my first year at university, bright-eyed and all. Until that year, all I knew was heteronormativity. Funny how things change. First year was one of the most significant game changers in my Life. Not only did I decide to cut my relaxed hair off and rock that all naturale swag, I did something which not only shocked me but those around me: I dated a girl. I remember having this conversation with my Mother. In my mind, as unexpected as it was (even for me), it wasn’t that much of a big deal. There was this person who was my friend, we connected both on a physical and emotional plane then we went steady. My Mother was most confused by this. Luckily, she was determined to understand how her child who had been straight for 20 years suddenly did a whole 180. 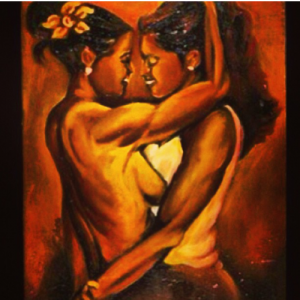 Corrective rape is a very real thing in South Africa. Does this mean that I should be so terrified to hold my partner’s hand in the Cape Townian suburbs?

I thought I was so okay with it but as it turned out, it was quite the adjustment for myself as well. For example: holding my then girlfriend’s hand as we walked down the street in a public area in broad day light made me so uncomfortable. I didn’t want people to think I was lesbian and I most certainly did not want to become a target for gang rape. Truthfully, this was one of my core concerns. Silly right? I was so smitten with this person and instead of thinking of what I could do to show her that or make her happy, I was busy walking around carrying the potential opinions of others on my shoulders for absolutely no good reason. I mean, corrective rape is a very real thing in South Africa. Does this mean that I should be so terrified to hold my partner’s hand in the Cape Townian suburbs? I mean, out of many places in South Africa, I think the Cape suburbs are an okay place to be gay. It’s way better than being Queer in a place like Potchefstroom. Just saying.

What an experience it was.

As much as I thought it was a chilled everyday thing, the fact that I viewed the relationship as different  and sensual was a clear indication that I was still viewing the world through a heteronormative lens. I remember there was a fight we had where my then girlfriend called me out on it. I felt so offended, so betrayed. I felt like one of those liberal white people who claim not to see colour and cry reverse-racism when they are excluded from the struggle. Upon closer reflection, I found that actually, she was right. I did not deserve a shiny gold star on my forehead for being in a same-sex relationship. I did not deserve celebratory high-fives from every Queer person I came across on the street.

Who the hell did I think I was?

Since that relationship started, I had been asked all sorts of questions that forced me to become more in tune with my new found sexual identity. Was I lesbian? No, I couldn’t have been because homegirl was still about that D-Life. Okay, so was I bisexual?  Half the time I said yes, the other half I said no because I didn’t want to be boxed in one particular category. I “didn’t like labels”. How progressive and open-minded of me. When I think about it, it was such a cowardly thing to say because it was still along the lines of my detachment. It’s like I was Queer and proud amidst Gay Pride crowds but on other days I was undefined. Look, not to say that I should have tattooed the 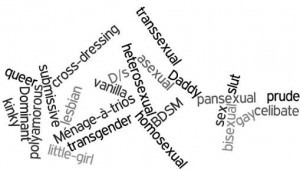 Rainbow flag on my forehead. That’s a tad dramatic. It’s just that I should accept this facet of my identity like any other. Honestly, I struggle to believe that anyone is inherently straight. In fact, this system of categorisation we use to describe and define ourselves is straight up flawed.

Furthermore, my accepting my sexuality does not have to translate into me explaining myself, who I date or whose pants I dive into. That was the next phase I mistakenly went through. Thing is, it is because of the bombaklats of this upside down world that we feel we have to accept who we are instead of just being who we are. The most important thing for me is that I know who I am and I am comfortable with that person. That I do not feel shy, ashamed or awkward to always be her. I cannot guarantee that everyone will necessarily agree with every part of me but as long as I am not harming anyone, not disrespectful or hostile but sincere, other people’s woes and perceptions have nothing to do with me. Or rather, they are not my problem.

One day, I may be enchanted by a lovely lady and on another it may be a beautiful chocolate man. At the end of the day, it is my prerogative. Even speaking purely physically, I am the one who decides whom I shall allow to get to know me intimately.

Whether it is five times a day, seven times a year or once every six months; I don’t believe it is something that concerns anyone else but myself and maybe the person with whom I share my bed.

Speaking emotionally, I cannot typecast the person for whom I will fall undeniably and completely. I cannot predict their gender, race, age, nationality, culture or even religion. The heart wants what it wants and although there are times where I’m just like: “‘nhliziyo, really though?”, alas, some things I just have no control over and fighting that fact is futile.

So, this is me world. A versatile child of God. Respectful grand-daughter. Proudly (South) African. Passionately feisty. Creatively wired.

First published on When I become The Mic

How do you like them apples? For more about sexuality and coming out check out this tool kit on how to come out, this piece on Gaydar in Kenya and this other one about how straight women should not say ‘they are going to go gay’ because its real deep there!

Check out Sibongile’s blog When I Be On The Mic.

Still I Rise: My biggest fears are…

Duplicity pt. I: An introduction to this whole affair

Whats in a dress?: Queer Femininity as Political