Deprecated: The each() function is deprecated. This message will be suppressed on further calls in /home/holaawmp/public_html/wp-content/plugins/js_composer/include/classes/core/class-vc-mapper.php on line 111
 Why are we not ready to say we found love online? - HOLAAfrica!

Why are we not ready to say we found love online? 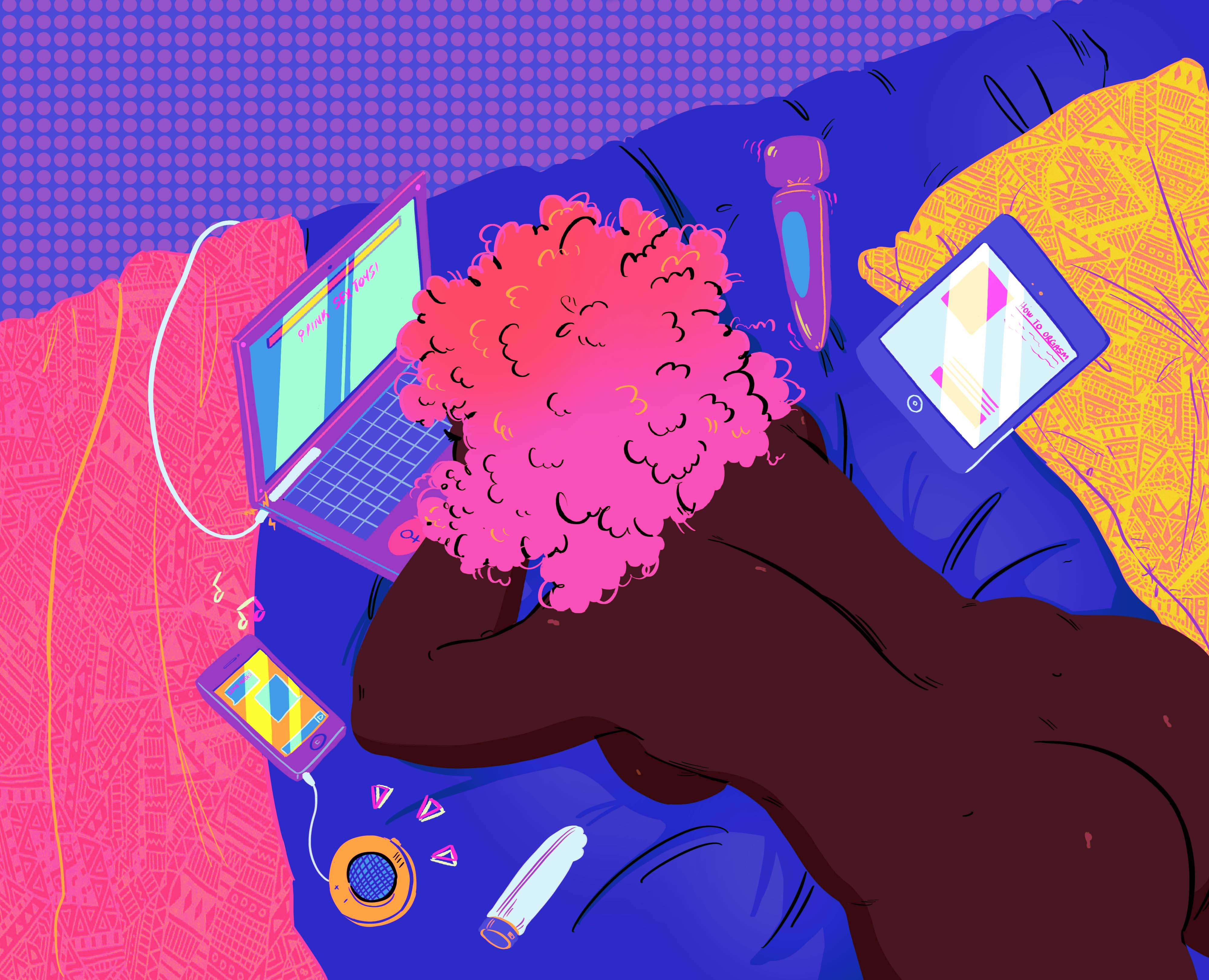 More than half the world is online, with the numbers growing every day. People are increasingly spending every second of their existence on the World Wide Web, yet we are still uncomfortable with saying that is where the bae came from.

“There is not a morsel of me that wants to say we met online.” This is the sentiment of a friend who recently decided to throw herself into the dating pool. She, like many people who have decided to actively try to form connections with people they like the look of, has decided that online dating might be her best bet. “There is just no way to meet people offline, it seems, and I am tired of being single and sexless.”

From the classics such as Tinder, to more women-friendly apps such as Bumble, queer apps like LIIV app and HER, and the ever-growing array of online dating sites – not to mention people doing the DM/inbox on Facebook – meeting online is one of the most prominent way people are meeting potential mates these days. Nevertheless the online space does not enjoy the best reputation. Spaces such as OKCupid and other dating sites seem to send the message that the person on there was desperate. In fact, a study conducted by PEW Research Centre showed that 30% of people saw online dating in this light.

Over the years this number has decreased but anecdotal evidence shows that not everyone is at the point where they can say that they double tapped or swiped right to find true love. Even though it seems like everyone is getting online, we are not at the point where people start their wedding toast with “It was love at first dick pic.”

The ‘Digital in 2018’ report showed that over half of the world’s population was now riding the super highway – a cool 4.021 billion people. The latest data show that nearly a quarter of a billion new users came online for the first time in 2017, with 11 new users on social media every second. One-million people started using social media for the first time every day in this year alone.

When you consider why people may not be so keen to meet people within the online space, stigma presents itself as a huge issue. Even though all the many options are there, meeting online is still seen as “desperate”, or something you do when you are trying to get no strings attached sex. The options are still thin on the ground for us Africans, whereas our American and European cousins have dating sites that cater for everyone, from frequent flyers to singles who are gluten intolerant or who love bacon, to solo people who love Disney. My personal favourite was the one for wine lovers.

This mushrooming of sites coupled with increased online activity shows that, globally, the way people view online dating has changed over the years, as more and more people have embraced it. However, within the African context, there are quite a few factors to consider. Unlike our American cousins, dating websites are only now beginning to take off in the African context. In South Africa, you have the staples such as OKCupid, while in Egypt there is Frim. In Nigeria there is Naija Planet, Nigerian Marriage Connect and Nigerian Christian Singles. In Kenya there is Kenyan Cupid, DateMe Kenya, Mpenzi and Mingle2 for Christians. Afro Introductions is a continent-wide platform that pops up on lists again and again, even though it has a distinctly “Afropolitan wandering the continent” feel to it.

Although this is a growing list, it is nothing compared to the digital dating possibilities seen in other spaces. We have not quite reached the point of a site for Springbok-loving singles and dating sites for those who enjoy the Ghanaian version of jollof.

Furthermore, despite the burgeoning numbers mentioned earlier, you cannot ignore the fact that Africa still has the lowest Internet penetration of any region, with access remaining well below 50%. This does have an adverse effect on how many people are using the digital space in general.

Cultural, religious and other considerations when choosing a partner

Another aspect to consider is the importance of marriage as a social lubricant or glue in our societies. The reason our parents/aunts/randoms down the road got involved in our unions is because the whole village was getting married when nuptials were celebrated. It was a group affair. Our marital prospects were (and in some case still are) very much tied to our social fabric, a thread that runs into the realm of extended families, our greater community and beyond. There are a whole host of cultural and social norms to contend with. One cannot just be bringing home any old religion/nationality/race/tribe, lest you give your grandmother a heart attack and your uncles something to gossip and forlornly shake their heads about.

The idea of marriage and dating is cloaked in a host of considerations that still have strong cultural and religious ties and is still linked to your community in a large number of ways. The pressure to marry in many African communities is tied tightly to notions of social and cultural acceptability, religious morality and, in some cases, tribal and racial considerations. Taking all that into account, coming home with Teddy from Tinder might not be all that well received. And it will be even less well received when your aged parents find out that Tinder was originally a takeaway app for sex.

This was first published on This Is Africa

*leave a comment on the post, you can write it under a different name and your email will not be published.* To submit to HOLAA! email submissions@holaafrica.org

Going Beyond Consent: Speaking about it to small humans