Deprecated: The each() function is deprecated. This message will be suppressed on further calls in /home/holaawmp/public_html/wp-content/plugins/js_composer/include/classes/core/class-vc-mapper.php on line 111
 Queer Spaces are Not Inherently Safe Spaces - HOLAAfrica! 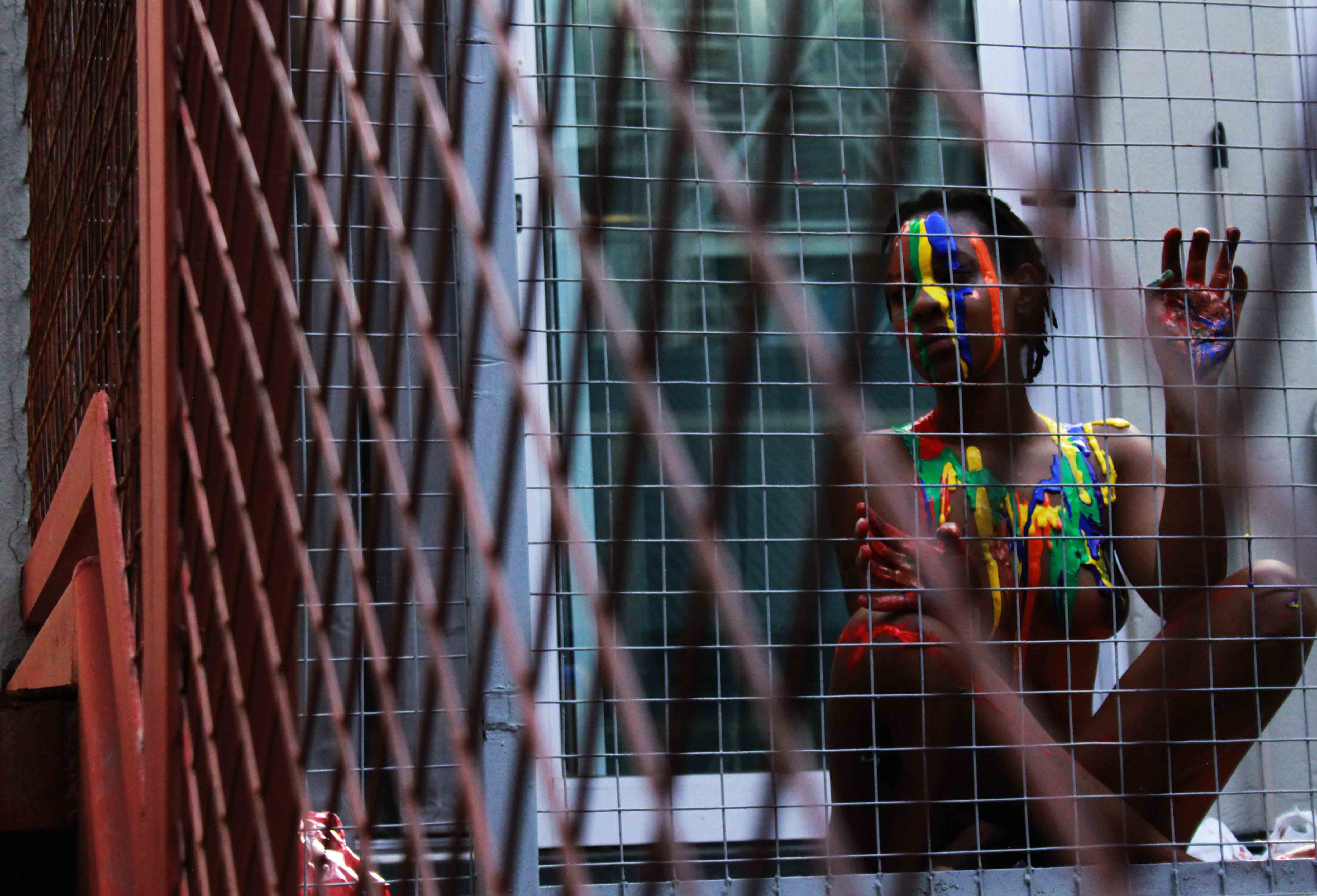 I’m at a soiree to mark World AIDS day with my fellow queers. Music, dancing and conversations over drinks and snacks, all with a dash of glitter and rainbows. Being a sucker for queer spaces for the freedom it affords, it’s the perfect opportunity to be out, proud and let go.

Later in the night, after one too many failed-ish attempts at dancing like Beyonce, I proceed to the bar to cool off with a drink. On my way back to my friends, a masculine-of-center womxn approaches me for a dance and I decline. As I turn to walk away, they grab me by the waist and start rubbing themselves against me to the rhythm of the music playing. I demand that they let go. In response, they try to force me to bend over while commanding, “Bend over bitch!” I eventually manage to rip their hands off of me and make it back to my friends in one piece though not entirely okay.

Just about half an hour before the incident, I was consoling a friend. They were upset and burning with rage after witnessing some gay guy grabbing their friend’s crotch and breasts to ascertain if she “was indeed a womxn” just because she is transgender. Earlier in the day, I had had to call out a queer guy who had playfully made a remark, “in a way of a compliment”, about some womxn deserving to be raped just because a womxn had been dancing beside him in a manner he thought to be overtly sexual.

Midnight finds me curled up in a ball in my girlfriend’s arms, exhausted and nursing menstrual cramps that seem to be compounded by my broken heart (or was it the other way around?). What I had hoped would be a fun and affirming space had turned out to be a nightmare, and sadly this was not the first and neither would it be the last time that this was happening. I have been to other spaces where I have witnessed and also heard encounters, especially from womxn and femmes*, of the sexual violence that is prevalent in queer parties and clubs. 1st December was just another reminder that queer spaces are not inherently safe spaces, and that often the danger does not come from outside.

Often, the dilemma is what to do when the perpetrator of violence – sexual or otherwise – is one of us. At a feminist space I was in a few months ago, a cisgender, straight guy was kicked out for his sexist and homophobic comments. It was almost a unanimous decision with little to no opposition. A few days later I was in a queer womxn’s space debating whether or not to kick out a lesbian who had taken advantage of her friend while the later was intoxicated. The room was split in half with one side insisting that she gets kicked out, and the other vouching for her to stay with claims that “she didn’t know any better” because she’s a baby dyke and was not sober during the incident.

In an article on harassment and abuse in the queer womxn community, writer Jo Jackson, talks about the urge to cover up for each other’s harassing or abusive behaviour and attributes it to attempting to protect the community from further criticism and stereotyping as sex predators. Jackson’s article focuses solely on the queer womxn community, but we cannot deny that this urge to cover up and protect extends to the larger queer community. Though ‘one of us’ is also quite relative, for instance, as queer womxn we are more likely to call out a cisgender gay man for abuse than our fellow queer womxn. Overall, the tragic effect of this culture is that it creates an environment where there is little to no accountability.

Personally, I am tired of perpetrators and their allies using alcohol, drugs, childhood trauma, internalized misogyny, “babydykehood”, stress, sexuality, gender identity, you-name-it… as scapegoats! They may explain some actions but they do not excuse them, and everyone – one of us or not – should be held accountable for their actions.

*Femme – A queer person who presents and/or acts in a feminine manner, or self-identifies as femme. Identifying as femme is not dependent on biological sex or gender identity i.e. femmes can be cisgender, transgender or non-binary.

This piece forms part of  the #QueeringTheCloak series which is part of a larger project exploring sexual, emotional and physical violence in queer women spaces on the continent.  The project seeks to essentially ‘pull back the cloak’ on shame and silence around this violence.

For all the articles and pieces on #QueeringTheCloak click here.

The bruised silence of queer women