Deprecated: The each() function is deprecated. This message will be suppressed on further calls in /home/holaawmp/public_html/wp-content/plugins/js_composer/include/classes/core/class-vc-mapper.php on line 111
 Learning to love without ownership: Journal of an African bisexual woman pt I - HOLAAfrica!

Learning to love without ownership: Journal of an African bisexual woman pt I 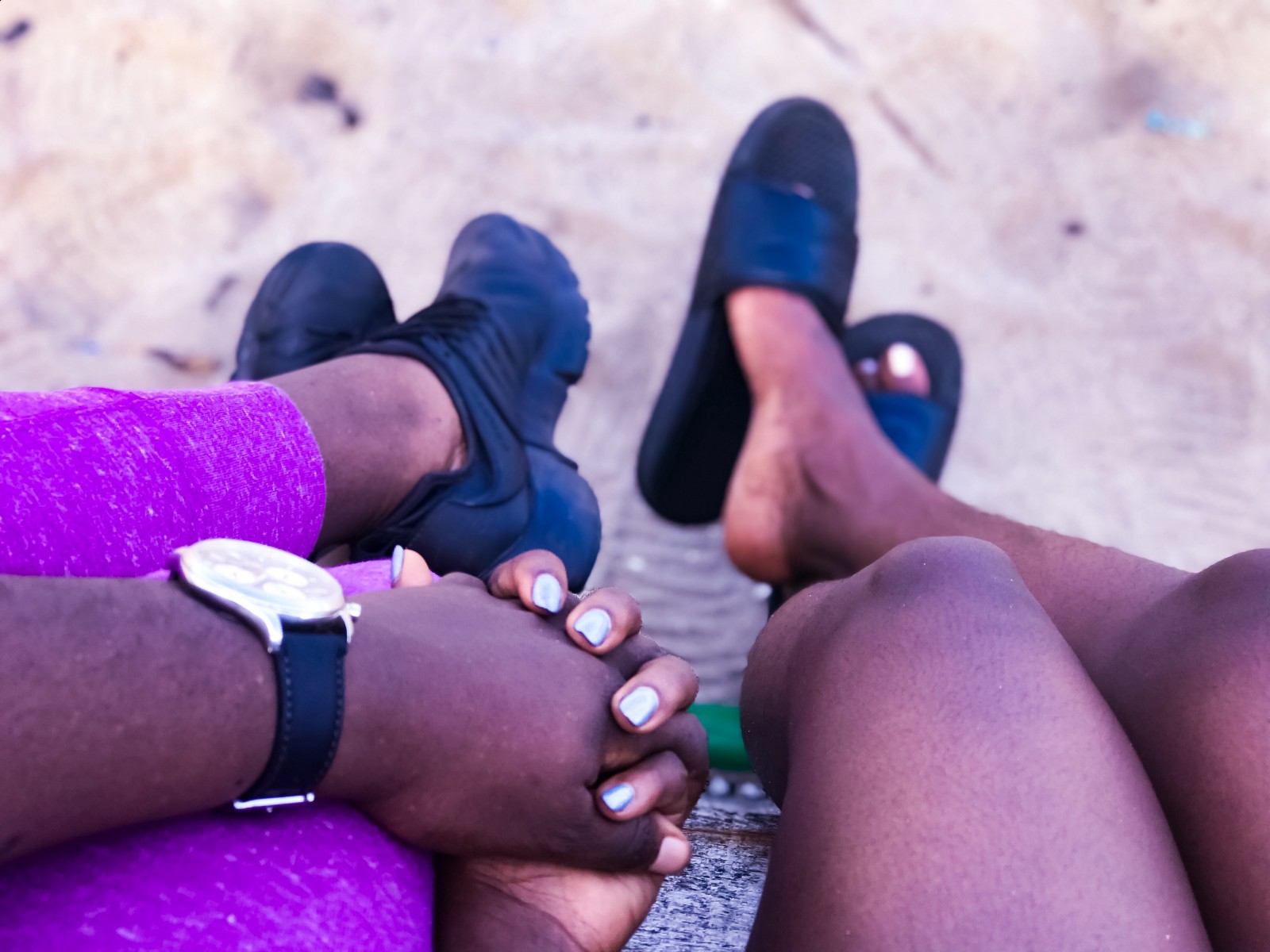 What does being a non-monogamous, bisexual woman living in Ghana mean? How do I live out my love life? One woman honestly shares her experiences in this philosophical exploration of what love is, what it can be, how it can be felt or expressed outside the norms of what love has been made to be.

I am a non-monogamous, bisexual African woman deeply in love with love.

Meeting people, making connections, exploring their energies, discovering the many beautiful things you discover about a person’s spirit through the intimacy of diverse forms of relationships are some things I thoroughly enjoy. Most importantly, it is a process that is almost always spiritually empowering.

This article will not be a recap of my sexcapades, but an honest, philosophical exploration of what love is, what it can be, how it can be felt or expressed outside the norms of what love has been made to be.

A question I always get from friends is this: ‘How can you love more than one person at the same time?’ This is a question even I used to ask myself quite a lot. How could I not ask myself this question? Everything around me told me that love was monogamous and heterosexual. You were supposed to find your prince in shining armour, who would whisk you away to the land of Happily Ever After.

How does a princess find a princess? How the hell do you find two princes? Whose castle would you go to?

And the ‘castle’ is a very important element here for it is part of the hegemonic, patriarchal definition of love, where ‘castle’ symbolises the concept of possession and ownership. Love, defined in the heteronormative, ‘possesses’. It owns body, spirit and soul.

This stifling definition of love is forced down our throats in every area and at every stage of growth in our lives. Our introduction to it and indoctrination in it comes very early, by our parents to the cartoons we watch. Love was Snow White and her Prince. Love was Beauty and her Beast. Love was Rose and Jack. Love was all the Harlequin Romance novels with tall, dark, handsome, brooding men and beautiful, swooning women. There were never any stories of women and swooning women.

I had my very first crush  on a girl during a Girl Guides camp in primary school. That whole weekend spent camping in a forest with other Girl Guides was surreal. I spent it trying to catch a glimpse of her as she walked past. Trying to hold her hand. Trying to be part of her games. I understood then that I had a crush on her. I wanted her to kiss me. I wanted her to choose me for her group. She did. She noticed my particular liking for her and included me. After the camp, I never saw her again. Later, I remember being disgusted with myself for crushing on a girl.

With this as my blueprint, when I started having my first crushes this definition of love was what I sought. When I went on in my late teens and early twenties to have intense sexual relationships, I looked for this ‘true love’ – which was really ‘toxic love’. What I found instead was a whole other rule book with very gender-specific instructions and very severe punishments for women who break these rules.

Boys will be boys.

Men cheat but you have to be the perfect woman so that you’re the one he keeps coming back to.

Do not nag. Do not complain.

Be ‘cool’. Try to keep his attention. Dress cool. Stop talking bookish. Don’t be boring.  Do not be a ‘ho’.

Guys talk and you will never have the chance to find your true love if all the boys know you gave it up.

Be a ‘ho’ in bed. Control your body count. Two people are too high a body count. What, you said six? I doubt there is any chance for you. Guys talk.

Guys cheat, so why the hell would you break up with him? You probably did something wrong to make him cheat. A man is the prize. You have to fight your sisters to get the prize. If you don’t, you will be a lonely old woman, so ‘make wild’.

You cannot have sex with girls.

And, finally, do not cheat.

Do not ever cheat. Women should not cheat.

And goodness, were the punishments for women who break these rules severe…

I remember being called a ‘whore’, ‘dirty’, ‘used’ by one of my lovers when, in a monogamous relationship, I was caught cheating. I remember how he made me beg. My boyfriend at the time, in his hurt, despite how much he loved me, easily picked up the gavel of patriarchal judgment to punish me. I myself felt dirty and used. I felt confused by my feelings, which, while I was cheating, felt legit because I honestly loved the person I cheated with. It felt natural to cuddle with this person, to make love to them, to tell them how happy they made me. However, because of my indoctrination into ‘toxic love’, it became a battle between what I felt naturally and what I was told I was supposed to feel. Never mind that the person whom I cheated on had cheated on me several times in the past. Never mind that, despite the agony that was replayed over and over again whenever he cheated, according to the patriarchal rule book, I had to live with it.

This patriarchal rule book made very generous allowances for men who could not be monogamous but punished severely any woman who was non-monogamous, who loved women or showed any such tendencies. Any small showing was nipped in the bud before it had any time to grow. To allow it to grow was to allow it to challenge the sovereignty of masculine power.

Then there is the other side of this very unbalanced situation, where patriarchy gives men a pat on the back for displaying virility and masculine prowess, which is so toxic that it seeps into teenaged boys’ spaces, where they feel out their masculinity by competing on ‘player’ status and high ‘body counts’.

Another effect of this patriarchal bias is where otherwise monogamous men are taught to be polygynous to ‘prove’ their masculinity; while women are whipped into monogamy. Polygynous men and monogamous women – definitely a combination for heartbreak highway, with women’s bodies and hearts as collateral damage.

Finding out you’ve been cheated on in what was supposed to be a monogamous relationship breaks the spirit in heavy ways. The problem got worse when women were told that their pain and suffering was ‘supposed to be’; that there would be the empty reward of being crowned a ‘good woman’, the rare ‘ride or die’.

Love became like playing a game of Monopoly by the rules when every other player had thrown the rules to the wind; where women’s bodies and hearts were accepted as inevitable collateral damage. This was how I was made to think of myself in this very violent space that was supposed to be ‘love’. It is no wonder many women go through spells of depression that remain with them for the rest of their lives. It is no wonder that sometimes the long-term effect is the erasure of any zeal for life and being, or a distortion of what you really are. I first cheated because my partner at the time had cheated on me several times. It was a bid to find an outlet for my pain. But it only made it worse.

At the age of about 13, I remember watching a woman who had just discovered that her loving husband had had a secret child with another woman. How did she discover this? The child just showed up at their marital home, sent by her mother to meet her father. I remember her going mad for a short while, walking beneath the trees, talking to herself, tearing leaves and talking to the leaves. It was such a heartbreaking sight. Yet, the fact that she did the ‘respectable’ thing of staying married to this man and ‘forgiving’ him, even though the blood price was the negotiation of her humanity in exchange for his, was all that the people around her cared about.

After my own experiences, I decided to end this toxic cycle in my life. I was going to be true to myself, no matter what the consequences.

Also check out this piece entitled Love in a time of patriarchy.

The article is part of a series of articles under This is Africa’s collection titled, Flame, Fever and Fantasy – A collection of African desire and pleasure.

Deliver us from pleasure: An Experience of the Jesus wedge

The Illusion of being Broken