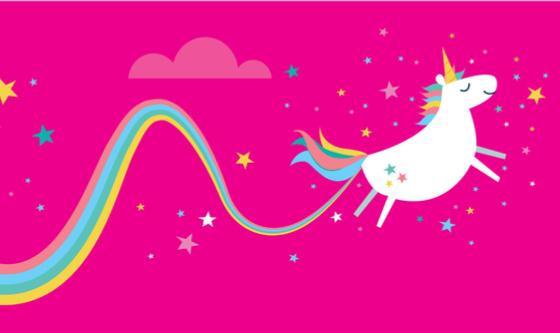 The below is an exploration of language. A tracing back of where we have come from. Though not all sexualities or identities are represented, this is not meant to be intentionally exclusionary.

Language is a powerful tool. How we use words gives them power. The same words we use to show people we love them, could take on a totally different meaning when used as insults. When I was in high school, there was a term for people like me: ‘lele’ was slang for lesbian. It was an identifier, a word used to show that someone was different. I didn’t feel like it described me. Mostly because I hadn’t yet accepted who I was. Boys, spurned, used it as a slur. I realize that now.

Now, I use ‘gay’ and ‘queer’ and ‘lesbian’ interchangeably. Gay rolls off my tongue swiftly and softly. I don’t stammer and stutter while I am saying it. Where before I had to take a deep breath and then rush over it in a whisper, now my voice doesn’t shake and I say it with pride.  I say gay, lesbian and queer almost as a declaration. Not everyone can relate to that. Some of my friends prefer ‘queer’ to ‘gay’. Some of them would never use the word ‘dyke’.

We all have different experiences with these words. A lot of it, I would stay stems from our negative experiences with them. Over the years, the queer community has reclaimed most of the slurs that were used against them. We have transformed into slogans of power, the very words that were used against us. We have owned some of these words and in doing so, stripped them of their power.

“Reclaiming words and finding spaces for our identities in them allows us to take ownership over language. After all, what purpose does language serve if we are unable to modernize it, to mould it, shape it and ultimately find a space for ourselves in its words?” – Saleem Haddad

We have reconfigured these words to speak of pride in lieu of shame. Most of these words have hateful histories.

The word gay is one of my favourite words. It came into use in the 12th Century and was derived from old French to mean full of joy or mirth. It only gained sexual meanings in the 1600s. Then, it was used to imply that you had no morals. You were all about the fun times or ‘given to decadence and promiscuity’. The first time it was fully linked with homosexuality was in 1951 when the Oxford Dictionary listed it as slang for homosexual. It is said that it had been used chini ya maji at least 30 years earlier. Since, it has been used as an insult. Almost synonymous with stupid. It has been presented as weak. Especially when referring to boys who are emotional and effusive. “That’s so gay!” I am sure you have heard it. In the women loving women circles, there are masculine of centre women who will not date other MOC women because that would be ‘too gay’.

I like the word gay because of the connotation of happiness and mirth. For me, reclaiming it means owning that I am different, yes, but that doesn’t take from my happiness and no one can dictate my happiness for me. Another word I have reclaimed, for myself, is dyke. Not that I am solely responsible for the reclamation. One theory of its emergence is that it was derived from morphodyke, which was a variation of hermaphrodite. It is said that it was used to reinforce the stereotype that all lesbians look and act like men. Further, that they want to be men. This was clearly rooted on the belief that women were supposed to look and act in a specific way. I use it simply to mean a woman who loves other women. It gives me strength. It is an act of subversion. Who is to say how I am supposed to look or act or who I can love, aside from myself? No one.

That brings me to another favourite: queer. It was first used in the 16th century to mean strange or peculiar. It was first linked to homosexuality through Sir John Douglas who accused Oscar Wilde of being a ‘snob queer’ and denounced him in a letter to his son Alfred, after he heard rumours that his son, Archibald was having an affair with Wilde. How is this for a plot twist? Alfred was also having an affair with Mr. Wilde. It was in the court cases that followed that queer gained a negative connotation as it was linked with perversion. It was widely used to attack effeminate gay men. In the 90s, during the AIDS epidemic, the word queer was reclaimed. It became parts of slogans that were used in protests. The most popular being, “we’re here, we’re queer and we will not live in fear.” Also a fave of mine and the inspiration for my anthology.

For me, reclaiming queer is in keeping with the 90s movement. It’s a declaration of my identity. A statement of ownership and pride. I am queer. I am strange and peculiar. So, what? It also brings to mind community. It makes me feel that I am not alone. The term queer has over the years been used as an umbrella term for gender and sexual identities that aren’t normative. Some prefer it over LGBTQIA+ because it doesn’t come with the politics of the ‘alphabet soup’. What letters should be included, what is the full term, how should the letters be arranged and so forth.

The Usage of these Words in Kenya

These words are often used as slurs in the Kenyan context. In both English and Swahili. ‘The gays’. This is a popular phrase. It has been used in a derogatory sense more times than we can count. It’s interesting for me to see how we shall reclaim these words for ourselves. It often feels like we are years behind when compared with other more developed countries and we are struggling to play catch up, even with language. Still, communities and movements are growing. I can’t wait to see how we will use language in such spaces.

What do these words mean to you and are you reclaiming them? If so, how?

Fighting For A Happy Ending

Watch: Threesomes Part 2: How we got here