Deprecated: The each() function is deprecated. This message will be suppressed on further calls in /home/holaawmp/public_html/wp-content/plugins/js_composer/include/classes/core/class-vc-mapper.php on line 111
 So, I Let a Guy Fuck Me - HOLAAfrica! 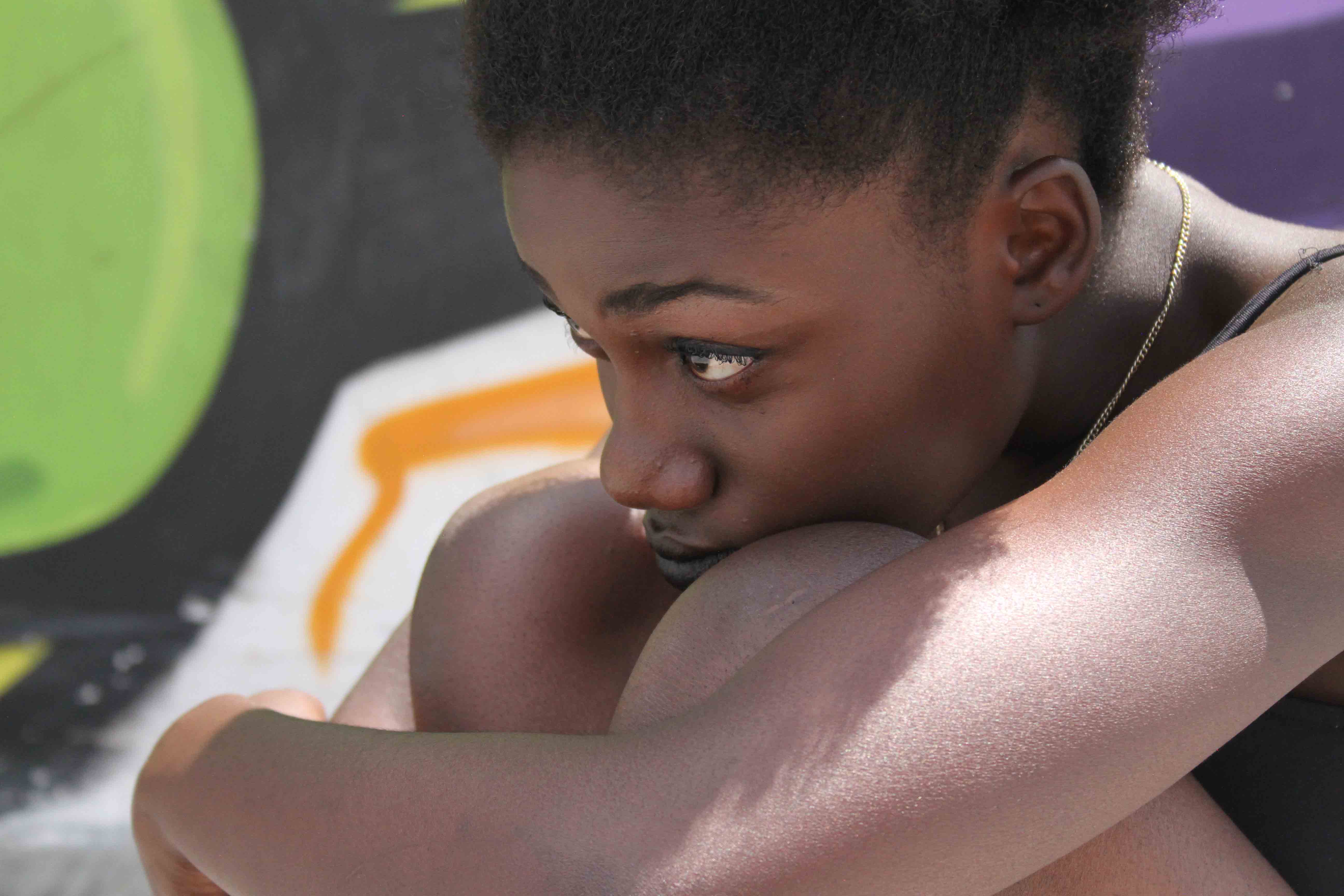 It wasn’t cloth-ripping or somewhat perverted. It wasn’t hot in a twisted way sex like Frankie and Jay’s on Lip service. There was nothing hot about it.

All that it was, was low.

I wasn’t even hot before I broke down and cried. I didn’t cry in front of him. I felt myself welling up and got up. Even though I could feel his bewildered eyes scan the back of my black t-shirt, then down to my bare bum and legs, I walked calmly to the bathroom and tried to take a piss that wouldn’t come. All that came were soft tear-drops.

Slow and sparse but each one hurt.

What the fuck was I doing? I had ended up having this shitty sex with that feeling of being outside you. Not tugging at your heartstrings sex. Not pumping your ego sex. Not break up or make up sex. Not revenge sex. Not ‘I want to spend the rest of my life with you’ sex. Not even casual sex. I’m nearly out of categories here which makes me wonder if having ‘outside yourself’ sex does exist.

But I think so because it happened to me.

Or rather, I happened to it.

How do you choose who you fuck? Sexual attraction, chemistry, you both want to, you’re drunk, you’re bored, and no one is under-age or under pressure etc…

With Mike, I neglected this list. I knew he wanted to fuck me and I guessed that was enough. Isn’t that what most straight men who aren’t my father, uncle, brother or cousin want? They just see a woman and see a hole for their dicks…Can’t wait to stick it in. That’s exactly how Mike is. No matter how hard he tried to disguise it, I could see it. There was a hunger in his eyes, and his expensive man scent couldn’t mask it.

We had two dates. The first one was a cinema date. The film was OK at best. Honestly, it wasn’t the best of dates. I would never take a chic to the cinema on the first date. I mean, what is the point of both of us staring at a screen. Is that how you’re going to get to know her? Or is that using her as your companion while you watch Tom Cruise or some other overpaid Hollywood actor bust up shit all over a set?

Date two was supposed to be lunch but then he decided we should get a takeaway. At this point it was clear he’d returned all that adopted decorum. I said OK. He took me to his house which was very nice. He started showing me around but the tour ended at his bedroom.

I broke down for many reasons. I guess my core was sad to watch him happen to me. This nigga had known all the while that I date women. I mentioned not being emotionally ready to do more than hang out but he still thought it was OK for him to try to his luck. He didn’t make me do anything I did not allow.

Now, I have never been shy of riding dick. Dick can be fun. I have had good ones, bad ones, OK ones, even curved ones. Ain’t no shame in admitting that. I have had girls who tell me they love dick. That this dude has the most beautiful dick ever made, the biggest, that he knows how to use it, this and that. Well, I don’t feel that way about dick. All the dick I ever rode was because I wanted to share an experience with its owner. I won’t say anything about Mike’s dick except that we tried for ages to get it in. I’m not affirming the black guy big dick thing. Just saying that having been away from the dick game for a while I was too tight to get it in smoothly.

Is it cool or just sheer disrespectful to make someone fantasize about someone else while you fuck them? I give Mike some credit for seeing that I wasn’t really there. That he really was sticking his dick in just a whole (well, however much of it could get in). But I take that credit right back for not asking if I was OK. For assuming that if he got me to fantasize about being with a woman he would be good to keep on fucking me. That was when I broke down.

What a mother-fucking nightmare!

I woke up and tried to think of what sex means to me. Before I left for Nigeria, a friend of mine asked me if I thought living in Nigeria would make me straight. I laughed it off but didn’t answer. The question did stay with me, even seeping into my subconscious. What happens when you can’t get the kind of sexual satisfaction you are accustomed to? Do you take the next best thing? Do you try to adjust your preferences by training yourself? Are such situations unfathomable? Has no one had ‘outside yourself’ sex out of fear?

Has no one had ‘outside yourself’ sex in a bid to school themselves out of what some say is abnormal and unacceptable?

And when you did, did your soul get heavier and did your spirit revolt?

For more on sex check out Does my sex drive scare you and Scratching the Itch.

Also check out other posts about being with men, there is Outset about sex with a man, there is one about strap ons and thinking she wanted you to be a man and also there is little trinket about ex boyfriends.

Pimping out my bisexuality: Confessions of tired brown bisexual

I am exploring men right now, and it's interesting