Deprecated: Methods with the same name as their class will not be constructors in a future version of PHP; Alpine_PhotoTile_for_Tumblr has a deprecated constructor in /home/holaawmp/public_html/wp-content/plugins/alpine-photo-tile-for-tumblr/gears/plugin-widget.php on line 10

Deprecated: The each() function is deprecated. This message will be suppressed on further calls in /home/holaawmp/public_html/wp-content/plugins/js_composer/include/classes/core/class-vc-mapper.php on line 111
 Let's Talk About Femmes - HOLAAfrica! 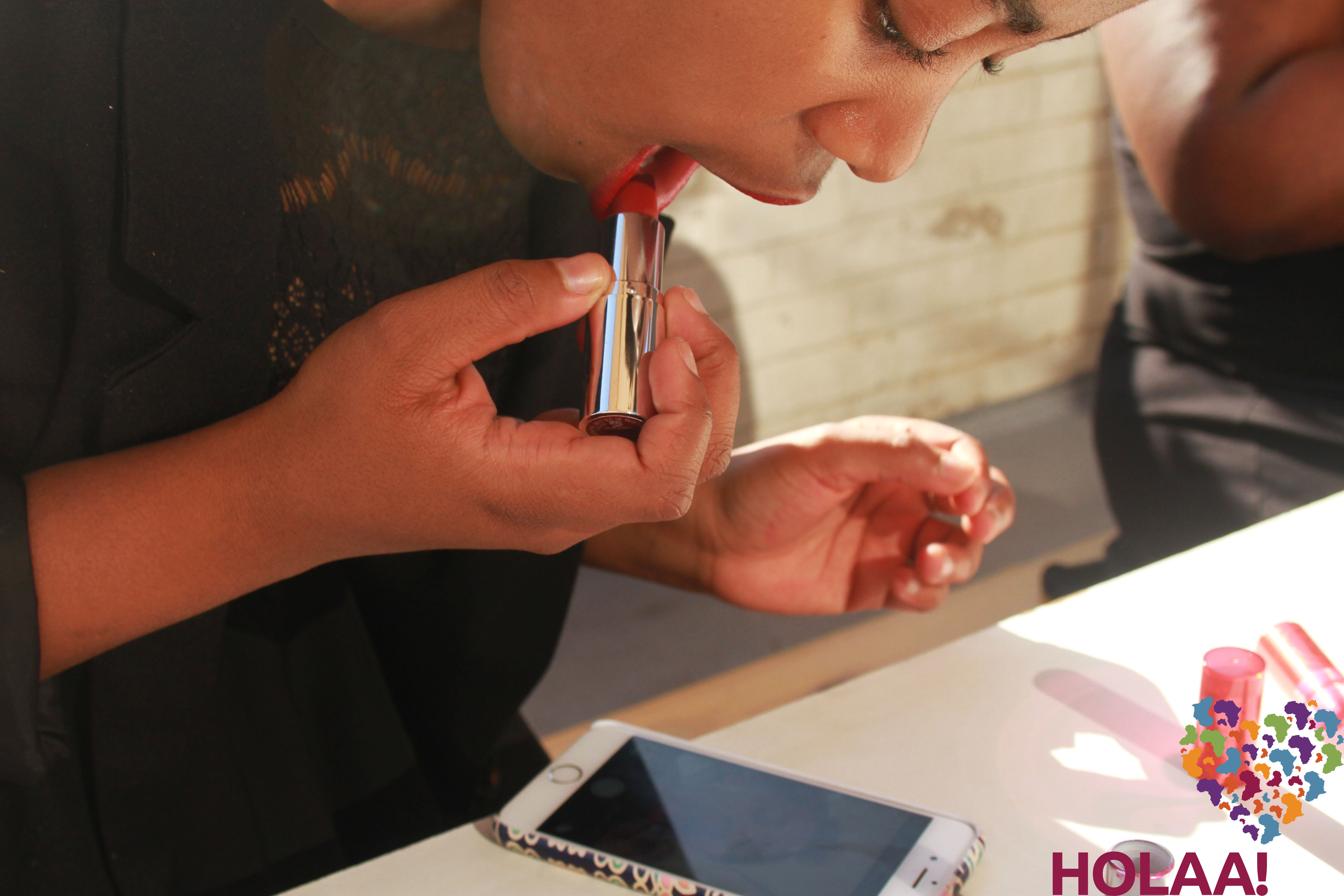 We were standing at the Delta bus stop, waiting for a bus. My workmate had this incredulous look on her face as if I had just made her question everything she thought she knew. My head was darting around, looking at her face then looking at the road to see if any bus was coming our way. People were milling around, walking past us, boarding matatus, disappearing. Touts were shrieking at us to board their matatus. Drivers were blaring their horns in encouragement. I couldn’t think over the noise. I knew she meant that I didn’t present masculinely. I wondered what gay people looked like in her head. But I didn’t ask. I laughed it off, trying desperately to change the subject because while I maintained a calm exterior, inside, all of me was panicking because I had just come out to the most religious person in our office.

We haven’t talked about it since. But her words have stayed with me. Mostly because I expect it is going to happen a lot more in the future. Somehow, in a lot of Kenyan heads, ‘lesbian’ evokes a tomboy in a baggy t-shirt and sagged jeans, probably with dreadlocks and with a deep voice to boot. I have the deep voice down, but that’s as far as the similarities end. When people look at me, they don’t see a lesbian. They see… I don’t know. But I imagine they see a fine chubby girl, with short hair and an ample chest (lol) going through life. It’s a blessing and a curse.

Being seen as ‘normal’ has enabled me to go through life without raising eyebrows. At work, at home, in church, on the streets. It means that people expect me to have a boyfriend, my aunts and uncles are waiting for me to present one. It means people always assuming I am dating a man or my exes are men. It means a simple, uncomplicated life without people asking me why I am hellbent on acting like a boy.

Honestly, I don’t give a fuck about what the people in the aforementioned paragraph think. If I could, I would let them all know that I am queer. The thing that concerns me is the feeling that I am invisible to my fellow queer people. I fear that when a woman loving woman looks at me, she might dismiss me as being straight mostly because when I also look at other women, I can never tell if they are straight or not. With masculine of center women, it’s a lot easier. When I see a masculine presenting woman, I automatically think that it is quite likely that she could be queer. Kindly note the use of ‘likely’. Don’t go out into the world thinking that all tomboys are gay.

It’s that feeling of invisibility that had me toying with the thought of switching up my look a bit. Just so people can be able to see me. A sort of silent shout that I am here. A daring haircut, a shirt, some pants, some chelsea boots… I even started a Pinterest board titled, ‘Androsexy’.

It wouldn’t be me though. And the more I thought about it, the more I figured that changing the way I dress wouldn’t mean that I would no longer be femme. Which makes me wonder: What does being femme truly mean?

As this AutoStraddle roundtable revealed, being femme means different things for different people. And there all kinds of femme: attic femmes, bruja femmes, hard femmes, tomboi femmes etc. And for every person, what being femme meant to them was different from the next person. For some it involved witchy rituals, for others, curled lashes and heels, for some it was emotional labour and tenderness while for others it was quiet strength that could kill.

What does it mean for me? Honestly, I don’t know. I mean, I like mascara as much as the next girl, I like how my boobs fill my tops and I like the lines of my skirt. But I also like that I have such tenderness and kindness and emotions inside me. I like that I cry when the movie gets sad and when the happy ending is enacted on the screen. I like taking hours doing my makeup. I like doing things that are prescribed as feminine. But does femininity equate to being femme? Also, do I like said things for any reason other than it’s what i was nurtured to like?

I don’t have the answers to that. What I know is that I am not sure I want to own the label femme. I understand the need for labels in our community and why some people would want to own some of them. But I am not sure that any label properly fits. In lieu of lugging around a label that barely covers all of me or that’s ten sizes too big, I would rather just live. Take each day as it comes and act based on whatever I am feeling that day. Femme, stemme, lipstick…whatever it will be.

Will I still change up my look? Maybe. But I would want to hope it will be because that’s how I am choosing to express myself at the moment, not because I want people to see me. Are femmes invisible? Probably. Who knows, The good thing is, there is always Twitter and Tinder and Instagram, where you can be as loudly yourself as you want to be. And you can meet other women, without having to worry about their being straight.  So I don’t have to change up anything about me, unless I want to.

What do you think?

PS: You might like this podcast by HOLAA, they talk about femme invisibility and femme flagging. There is some mention of non monogamous loving. And the accents…woosh! I’ll stop now.

Editors note: Here are some more articles A Stem Coming Out Party.  Also check out this post about lesbian rules that people need to break! There is also this piece about how femme invisibility is killing social interactions.

Politically I choose to only date women! (Say what now?)