In the Absence of Accountability: Creating the space to speak on women on women sexual violence 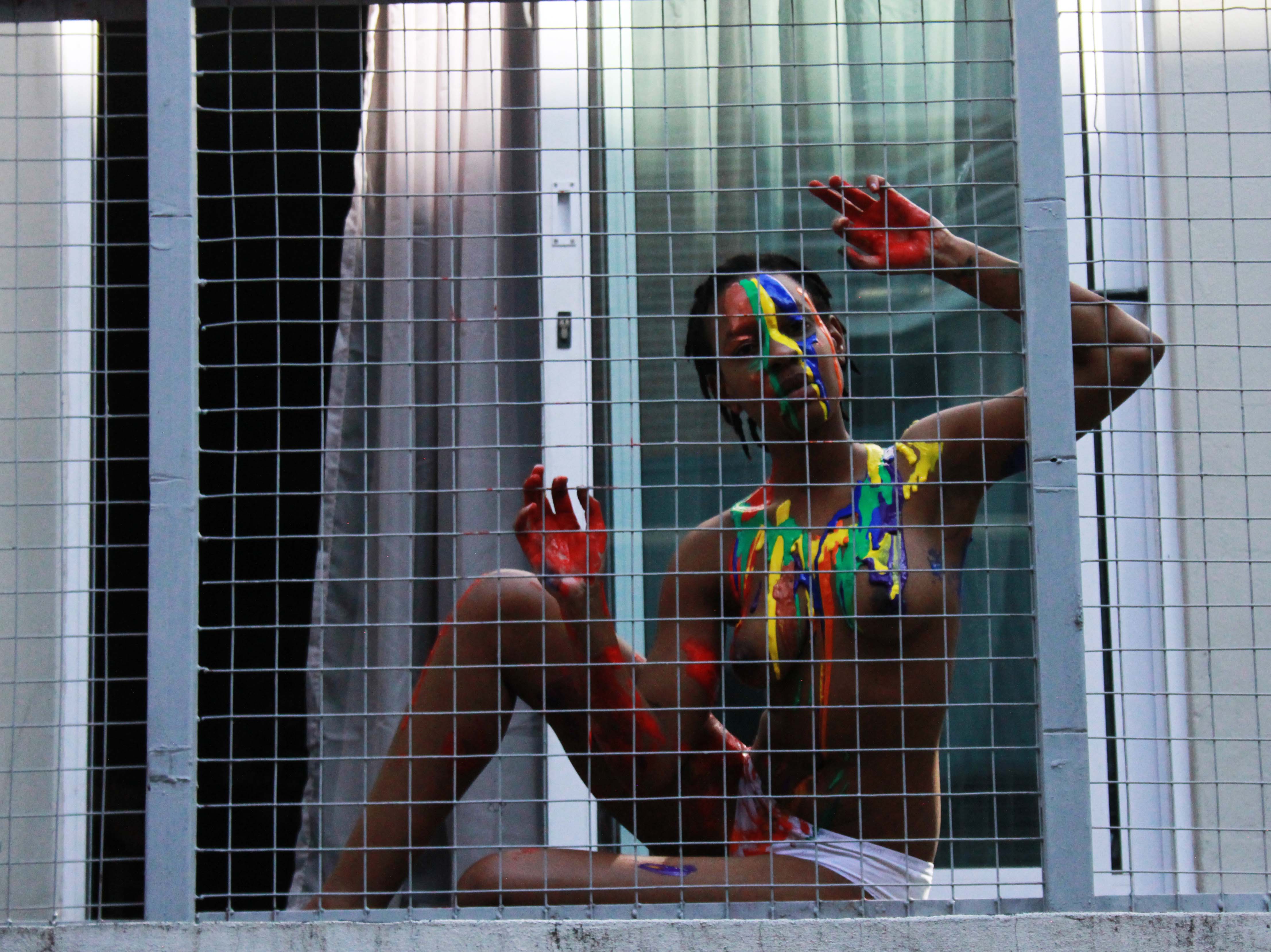 As I explored in my previous post after my sexual assault i was supported but also silenced. Those around me said it was wrong but told me to contain my pain whilst they ignored it and interacted with my assailant.

I confronted my friends. I fought to be heard.

I held these friends accountable in the different ways they silenced me and had silenced my pain. Most listened and most reoriented their own understanding in ways to include an understand that the violence that women perform onto other women is as dangerous and devastating as the violence men perform on to women. We discussed accountability, in our context as women who love and have sex with women in Egypt. We negotiated what it meant to be part of a small marginalized group, how exclusion and punitive justice were not the answer and to try and figure out ways to maintain a safe geography that we all needed for our survival and wellbeing in the wider extremely hostile context we lived in.

To create a social space in which I would be able to recount my story and heal … I had to exert an immense amount of  emotional and physical labor, through writings, conversations and confrontations.

I reached out to her supervisor at work and to a close male friend of hers who was often involved in theatre and feminist performances, telling both that the way they had handled the incident was problematic and that I would be willing to explain to them in what ways their reactions were damaging to me. Neither, would speak to me. Her supervisor, ignored me and her friend told me that while he is sorry that I felt that she raped me, she was his friend and he loved her and it was not his job to validate my experience.

To create a social space in which I would be able to recount my story and heal, where this violence that happened to my body would not be erased, I had to exert an immense amount of  emotional and physical labor, through writings, conversations and confrontations. I did this instead of focusing on my own healing process. Yet I could not heal alone, I could not isolate myself from the friendships and connections that had consolidated within me the belief that my body was mine, even if in the moment I needed to hear this most, I instead heard that what happened to me didn’t matter.

The labor was painful, but necessary for my survival, no matter how unfair that felt and still feels.

As I now reorient myself in a terrain that still feels like it’s crumbling from beneath me, I realize that there were certain features missing from our geography, whereby their absence ensured that our ideology would not translate into tangible actions especially when it came to the lesbian body. A complex and situated understanding and dialogue on accountability was necessary, to create a space that protected us from the daily hostilities we experienced as lesbian women living in Egypt.

In retrospect, through this experience, I have come to realize that I too, have crossed these lines to various degrees with other people’s bodies. I, as well as others around me (not just my ex-partner) have benefited from the absence of accountability in our feminist and queer landscape. Our feminist ideology is not separate from the hostility we are immersed in. Actions and their meanings are complex and multi layered, every situation in itself needs a critical and an empathetic analysis, it needs dialogue and conversation. We need to raise multiple questions on what should accountability look like.

What does accountability look like when we, as women, are constantly being told that our bodies are not ours in a very pervasive and deeply embedded way?

What does accountability look like when those to be held accountable are  marginalized and underprivileged?

What does accountability look like while creating a space for healing and inclusion of both victim and rapist or abuser?

When I ask myself these questions in regards to my own experience, I am able to imagine a different scenario where I, despite what had happened, would have at least felt situated in a space and amongst people where violence to my body was not acceptable. I would have imagined that those around me who had heard what happened would have allowed me the room to express myself and offered support without normalizing or excusing what happened. Or without centering the experience around her.

I didn’t need to feel the social pressure that it said it was cruel to exclude her from social gatherings and spaces I would be in, I didn’t need to hear that she also was entitled to belong in these spaces. I also imagine that when those around us, were able to call it a rape, they would at the least have temporarily suspended their social relationships and recreational activities and supported the need to hold her accountable. That they would ensure that she had understood the gravity of her actions and the depth of suffering and debilitation she had caused someone else.

Instead of going out partying, they might have taken the time to explore with her the effect of her action and helped her carry some of the burden that her behavior cost me. I imagined the director of a feminist organization might at the very least place an employee who disclosed they had raped someone on some kind of probation, or take some other institutional action to mitigate the possibility that their employee might violate another body. The organization my ex-partner works for supports sexual assault survivors with legal, psychological and medical assistance. In fact it was my ex-partner who acted as first responder to survivors calling the hotline and coordinates many of these services. I would imagine that the director would at the very least reach out to me to let me know that, despite my partner working there, that they could provide me with support or at least that if I wanted to file a complaint against my partner they would support me. They support many women and their work is valuable, but was my lesbian body not valuable enough, for them to try and extend that support to me? When I reached out to her supervisor to let her know that I had a problem with how she had handled the situation surrounding my rape, she did not respond to my invitation for dialogue. When I imagine this different geography, it does not become unnavigable because my body was violated, in fact it is extremely navigable because even if rape happens in our landscape, it is not normalized.

The landscape would have had the space that allows me to heal and recover.

We are not born feminists and there is room for learning. I never expected that my ex-partner be put on trial, but I needed what happened to me to matter, for it to have a consequence beyond what it did to me, especially if that consequence would result in her developing a deeper understanding of what it means to respect the boundaries of other people’s bodies. We are not born feminists and as our education and understanding develops our actions change. But what about those we hurt and violate as we become educated, if they are silenced through our actions that normalize and excuse the violence that happens to their bodies, how can we start a dialogue on accountability and have it become part of our geography? If we resist and refuse to question and reshape the topographies of social and political connections then how do we expect to create a healing space in our landscape for those who have been wounded? If our performances of accountability are not centered around the wounded and their story how can we imagine a radical feminist and queer geography where we do not have to fight to establish the idea that our woman bodies and our lesbian or queer bodies matter?

This piece forms part of  the #QueeringTheCloak series which is part of a larger project exploring sexual, emotional and physical violence in queer women spaces on the continent.  The project seeks to essentially ‘pull back the cloak’ on shame and silence around this violence.

For all the articles and pieces on #QueeringTheCloak click here.

Here is an article 11 Signs You Are being Gaslight in a relationship and another 10 things the author learned from someone using gaslighting as an abuse tactic. For more on supporting people here is a piece on supporting someone in abusive relationship and also a piece where the woman says At least she didn’t hit me”. There is also a piece by a woman who writes a letter to her ex abuser’s new girlfriend. There is also this piece that gives some advice 6 ways to support a survivor of woman on woman sexual violence.  There is also this piece about tackling abuse in feminist spaces.

Listen: Chatting about the coitus you crave with Thabile (Podcast)