Deprecated: The each() function is deprecated. This message will be suppressed on further calls in /home/holaawmp/public_html/wp-content/plugins/js_composer/include/classes/core/class-vc-mapper.php on line 111
 'I know where it’s hidden.' - HOLAAfrica!

‘I know where it’s hidden.’

I am 12 years old. In the morning, I go to school. Dad leaves for his big oga job at the Nigerian National Petroleum Corporation and mom goes to yell and scream at the construction workers building her Mona Lisa Hotel on the outskirts of Warri, the town where we live. In the afternoon, I come home to Patience our housegirl and Ezekiel our cook.

Right away, I go looking for it because I know where it’s hidden. In the bureau of mom and dad’s bedroom, which always had its curtains closed, the windows shrouded in yellow-green heavy things that draped from the ceiling to the floor. It is made of brocade or some other material that does not allow in sunlight. Their bedroom is large, big enough to swallow up a king-size bed, two mammoth side dressers, my mom’s vanity table displaying jewelry, perfume and lotions of all sorts. And wigs. Lots of wigs in almost all variations of brown.

Jammed in between the bed and the heavy curtained windows is my mom’s nightstand littered with sleeping pill bottles and things. Its drawers are stuffed full of junk she’ll never need or remember she has: errant pieces of paper, scrunched up silk scarves, books with their covers ripped, multiple pairs of reading glasses, bottles of red and pink nail polish, nail files, and many other things. My dad’s nightstand is more organized, the top bare and immaculate, save for a couple of books he likes to read before bed time.

I had favorites, tapes of short porn clips I’d watch over and over. They are all of white people fucking. None of them have people dark like me. There is this one I always come back to because it fascinates and disgusts me. In one clip an old white man wearing a hat with great tufts of white hair peeking out from underneath, and a big belly doubling over his belted slacks, catches this blond girl in pigtails peeing in, of all things, a steel bucket full of potatoes. He puts his giant white hands on her pussy and the other on her ass and lifts her up from the bucket and onto his erect cock. It’s one swift motion and the aim is accurate.

She is going up and down and he is holding her butt cheeks softly, grunting.

I want to be white like her because mom says being a dark girl like me is ugly. That’s why she has those crèmes on her vanity table because they keep her from being dark. I want to have a penis like the man, only not an old one like his. Sometimes I wonder what it would be like to be a boy, though I may as well be since everyone mistake me for one.

One day I brought Patience in with me.

This was one of those days where my parents were out of town or out of the country. One of those days where the Warri sun blazed down so hard it heated the ground to unbearable temperatures. Running outside like the wild child that I was was out of the question. Better to stay in where the air condition blew an icy cold wind that instantly dried my sweaty neck and body. Better to retreat to the cool comforting dark of my parents’ bedroom with the fully drawn curtains, to watch some classics. I asked Patience if she wanted to come.

I had long since passed the point of being bashful about sex. One year of sexual weirdness with my elder brother
and four years of more weirdness with men two or three times my age had killed that innocence that feeds shyness and uncertainty. I was a mature  twelve-year-old. I didn’t know where Patience stood in all this, but when I asked if she wanted to watch porn with me she said, ‘sure’. She came up the stairs with me, and together we entered my parents’ bedroom and on the floor we sat. After a minute of rummaging through that drawer, I picked a film at random and popped it in the VCR. We started watching in a silence occasionally punctured by moans and grunts from the people fucking on screen. The men were giving it to the women in their front holes.

Where exactly was the hole? Patience wondered the same thing.

We were the same age, so I didn’t feel so foolish for not knowing. In the film, the men would stick their thing in the woman’s front and it would slip in some hole we couldn’t see. Didn’t all penises go in the back? That was where big brother tried to do me, but it didn’t fit. When I played with the other older men they just rubbed up against me but no one ever tried sticking anything in the front. So Patience and I started playing with our front, rubbing ourselves and trying to find this hole. It felt good. There are times when playing with myself feels good, when it’s not tied to bad memories and icky feelings. The pastor at church calls this masturbation and says it’s bad, but I’ve never been afraid to do it. I’ve never been afraid to do all sorts of things to my privates. Maybe that’s why I have the history I have, playing with old man after old man. I was trying to find something on the other side of innocence, the innocence that was taken from me a few years ago. The double edge sword that is the loss of innocence is that I can feel revolted by certain types of sex yet I do it even though my whole being is screaming for me to stop. Like with those men.

But with Patience and me, it’s different. 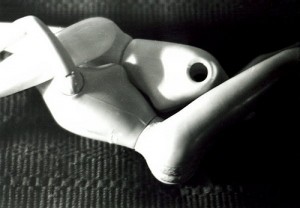 Now we’re touching each other’s bodies, our sex. She gets wet like I do and makes soft sounds like I do. Now I am touching her big breasts, which are soft like billowy pillows. I am kissing her as I touch the part of her toto they call the clit. Touching each other like this doesn’t feel gross or bad or like I’m doing something I ought to be ashamed of. It feels like that time with Amina two years ago in Kaduna, when we’d climb into bed at night, touch each other, kiss and smile like a couple of idiots in the morning. That felt right. Even after her brother caught us and threatened to tell our parents. Even long after we stopped touching for fear of what they’d do to us. It never stopped feeling right.

The porn tape comes to an end and just like that, playtime is over. Patience and I get up without a word, pull our panties up and lower our dresses. No we didn’t find each other’s front holes. Still something momentous has transpired between us. Something we can’t really name. I rewind the tape back to the beginning, like I usually do. I put the tape in its sleeve and shove it between my parents’ clothes and underthings, deep in the drawer of the bureau. Then we walk out the door, closing it quietly behind us. We walk down the stairs; our fingers smelling like each other’s toto, faint smiles on our faces.

Ola Osaze is a transfag feminist of Edo and Yoruba descent, who grew up in the delta region of Nigeria and now resides in the US. Ola works for Transgender Law Center in Oakland, CA, and has been involved with Audre Lorde Project, Uhuru Wazobia (one of the first LGBT groups for African immigrants in New York City), Queers for Economic Justice and Sylvia Rivera Law Project. Ola was recently admitted to the 2015 Voices of Our Nation Arts workshop, the only writers’ conference in the country with a multi-genre focus on writers of color as students and teachers, and has writing featured in Black Public Media, Black Girl Dangerous, Black Looks, Autostraddle, Trans Atlantic Times, Trans Queers: A Transfags Sex Journal, and anthologies, including Yellow Medicine Review: A Journal of Indigenous Literature, Art and Thought, Queer African Reader, and the soon to be released Outside the XY: Queer, Brown Masculinity. Some of Ola’s rantings can be found here.

A Love note to Zan