Deprecated: The each() function is deprecated. This message will be suppressed on further calls in /home/holaawmp/public_html/wp-content/plugins/js_composer/include/classes/core/class-vc-mapper.php on line 111
 Getting It Right: LGBT women and HIV/AIDS - HOLAAfrica!

Getting It Right: LGBT women and HIV/AIDS

Post-colonial Africa has become an exciting space for LGBT activism because of the vast possibilities for change. Within the African regional human rights system there is no explicit recognition of the right to non-discrimination on the basis of sexual orientation but this has not stopped African LGBT movements from making headway in a number of important areas. Take for example the victory of Ugandan civil society against the Anti-Homosexuality Act(which was declared unconstitutional) and the recent success of LGBT organizations in Botswana in fighting for their rights to organize around Queer issues.

Furthermore the African Commission on Human and Peoples Rights has passed a resolution that condemns all acts of violence and abuse inflicted upon a person based on their real or imputed sexual orientation or gender.Despite these achievements LGBT individuals within Africa still face challenges when it comes to issues of access to healthcare, especially issues of visibility and viability within the HIV/AIDS pandemic.

The HIV/AIDS pandemic is generalized throughout Africa, meaning it does not specifically affect a discreet and easily identifiable population group. This means that each and every person, despite their demographic information, is as likely to be infected as the next person.

It is in the face of this generalized pandemic that African sexuality has, erroneously,been understood to be exclusively heterosexual.

Therefore where a person is living with HIV it is almost always assumed that they are “straight”in both their practices and sexual identity. This misunderstanding of the relationship between the virus and sexualities, and sexualities and behaviours, has meant that homosexual bodies and practices, particularly those engaged in by women who have sex with women (WSW), have been excluded from policies and practices aimed at informing people about the virus and how to protect themselves from it.

The erasure of WSW from HIV/AIDS discussions, policies and laws is not unique to Africa. Globally there is a perception that lesbians are immune from HIV/AIDS. This idea is called “lesbian immunity” and stems from notions of risk and vulnerability that prioritize the penis and the female body’s proximity to the penis while ignoring social dynamics. Therefore where it is presumed that a woman, by virtue of her lesbian identity, does not engage in any penis related sexual activity, it is also presumed that she is in fact not at risk of contracting or transmitting HIV/AIDS. 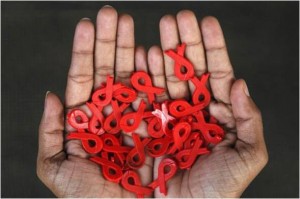 This is idea becomes directly linked with sexual identity within the LGBTI community with persons questioning ‘how lesbian you are’ if you contract HIV. In some cases it reaches the point in which persons suffering from the disease die in silence rather than ‘out’ themselves for fear of further stigmatization and exclusion.

The truth is that the sexual practices that happen between women are varied and carry different degrees of risk depending on the level of exposure to bodily fluids. Also it must be noted that sexual identity and sexual practices do not always move in the same direction, therefore it is possible to find homosexual identified people engaging in heterosexual sexual activities and vice versa.

Risk is just not uniform and it is not possible to determine a person’s likelihood of infection based on their sexual identity.

Southern African studies have found that the self-reported seropositive status of self-identified WSW is between 6.6 – 9.6%, yet this group remains completely invisible in the African pandemic. Healthcare workers and their inability to adequately meet the needs of this vulnerable group aggravate the issue.

The assumption of universal female heterosexuality often means that WSW are met with discrimination and inappropriate interrogation when they seek counsel from medical health professionals. In instances where professionals are willing to help, they often cannot because they lack adequate knowledge and training on how to advise WSW about safe(r) sex and HIV/AIDS. This leaves many WSW feeling as though they cannot possibly be affected by the virus and silences those who are affected for fear that they may have their sexual identity challenged with community members questioning whether a woman is “really a lesbian or bisexual”.

In a study conducted by HOLAAfrica! canvassing the way in which WSW located themselves within and spoke about the HIV/AIDS pandemic many participants acknowledged that they distanced themselves from HIV/AIDS because of their sexuality with one participant stating: “ we, myself and my queer lady friends, speak about it as something that doesn’t happen to us”. Mirroring this another participant acknowledged that “…you never really feel anything for the disease or virus until you are hit with the result that you too are infected…” The truth is WSW are affected by HIV/AIDS and the rate may be much higher than that which is self-reported, meaning that advocacy around their needs with respect to the virus needs to be amplified and become more strategic.

In an activist climate where new possibilities are becoming open to LGBT civil society, the challenges faced by WSW with respect to HIV/AIDS open up new avenues to configure our notions of citizenship, rights and justice. As they currently stand these ideas remain completely masculine and where they do accommodate women, they are only able to imagine womanhood as reproductive and heterosexual. 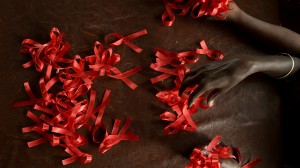 In an erotically just society people would be able to experience full citizenship (meaning equitable access to resources and representation) in spite of their sexual orientation. Implying the inclusion of the needs of WSW with respect to HIV/AIDS onto the national agendas of the African countries that recognize these concepts.

The concepts of citizenship and rights are intimately linked and the application of sexual rights principles to the interpretation and development of pre-existing laws would go a long way in ensuring that WSW can challenge their exclusion from laws and policies related to HIV/AIDS.

Sexual rights do not create new rights in and of themselves.

Instead they are understood as ensuring the implementation of existing rights to the terrain of sexuality. Meaning that members of civil society can use them as tools to question existing human rights frameworks and policies and protect the needs to marginalized sexual minorities – especially as they relate to issues of sexual health. In this shifting LGBT activist landscape African WSW cannot afford to be relegated to the side-line when it comes to issues of sexual health and HIV/AIDS. Civil society and rights advocates needs to consider the lived realities of this group when constructing their campaigns and a re-imagining of notions of justice, rights and citizenship along sexual lines with go a long way in achieving this goal.

Things we lost in our vagina