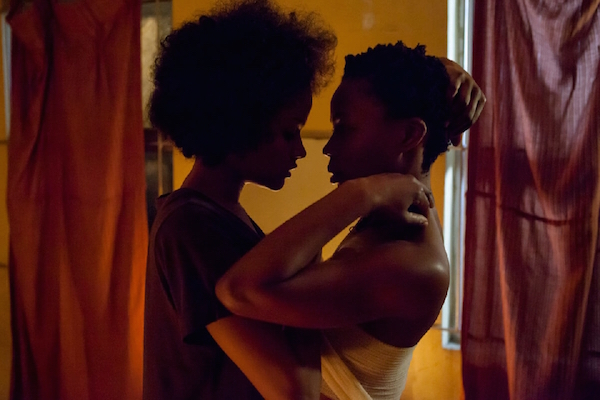 The privilege of being read as cisgender when you are, in fact, a transgender individual, comes with a new kind of violence. One we are never prepared for, because we are made to feel like “passing” (I hate the word) is the ultimate goal – the land of milk and honey. The “end of transitioning”, as ignorant cis people like to say.

When one day, you wake up and strangers no longer stare at you – you now have to battle the ones closest to you. The humans with whom you choose to share your life, the bodies with which you choose to be sexually intimate, the lovers whose hands you hold in public because consciously and subconsciously, they are still trying to make sure they are comfortable. Those that unintentionally fetishize you and want what they believe is the “best of both worlds”.

In a world where queer women know and acknowledge that cisgender heterosexual privilege is safe but also don’t want to get intimate with bodies they have decided are men’s bodies, I become a safe bet. They require me to perform the dance of cis man-ness on the streets and fem queerness in the sheets.

Sometimes, this dance is not an intentional requirement on their part, but nonetheless taxing on me. It continues to enforce dominant society’s idea that as a trans individual, I am not enough, I have to be something else to be loveable.

I have had endless encounters with lovers who’ve required me to tone down my femininity in public, only to amplify it behind closed doors. I remember a lover of mine, Nkateko*. Nkateko was a beautiful human who spoke feminist ethic like it was imprinted on her tongue. The ways in which she was intentional about her Black politics could seduce any Black human who loved themselves. She openly identified as a cisgender heterosexual woman and as our love affair blossomed, I introduced her to trans theory.

The two of us would have endless conversations about gender, Blackness and the intentional racial divide that colonialism had created. This made me fall deeper in love with her, but Nkateko required one thing from me: she required that I stop being overtly feminine in public.

She would find ways to stop me from wearing t-shirts with catchy slogans such as “Gay and African AF“. She would see my conversations with random queer men who’d approach me in public, and accuse me of welcoming their advances. Nkateko would say things like, “When I met you on Tinder, your bio said you were a male (like tinder has other options), so I cannot use the pronoun ‘they’”.

Her need to have me perform cis man-ness in public overrode her politics, but in total contrast, she praised our sexual encounters. She loved the tenderness of our encounters and my attention to detail – the things that my femininity and female socialisation taught me about sex. These were the things she fantasised about and sent me naughty texts about during the day when we weren’t together.

This was not the first time I’d felt like I had to conform to a gendered binary as an a-gender individual. I had a similar but more overt encounter with a previous lover just a few months before.

Lusanda* had dated a few transgender individuals before me and this made me believe she was safe. There was something inviting about not having to do trans101 for the first time. Our relationship was a mess with the illusion of safety. I overlooked so much because I believed I was seen by this individual – I believed for the first time someone looked at me and didn’t see a transgender person, or an experiment, or a box to tick off so they could feel like they were the most progressive queer person amongst their friends.

Boy, was I wrong. She used my identity to validate why she could speak on behalf of trans people in conversations; she outed me to her friends and reduced me to anatomy in order to keep her lesbian membership card; she even created stories about me being violent and when people questioned her, she would say, “It’s not them, it’s the effects of testosterone”.

As I came into myself and I carved out my own spaces of safety, I became more effeminate. I became all the things I found beautiful about my identity, I toyed with the gender binary, but the more I did this the more Lusanda* seemed to panic. She’d tell me how I should cut my hair because, according to her, I looked better with short hair. She would compliment me if I dressed in typical “mens” clothes but would say nothing if I wore tight jeans or even a pink t-shirt shirt.

She advocated for me to wear chinos and formal shirts. I hated being read as a cis-het man, but I wanted to be good enough to be loved. I wholeheartedly wanted to wear a tutu to an-almost queer event on New Year’s Eve, but she made it clear that she wouldn’t be seen with me dressed like that. I wore black jeans and a black t-shirt, maybe hoping to fade away.

These are two of many encounters with women I have loved. Women who may have loved me, but I battle with that idea. Did they love me as a whole or as fractions? Did they feel that circumstantially erasing parts of me was the only way I would be enough? Was all of me too much to be experienced at once?

Transgender people tend to assimilate to cis-ness, whether they want to or not. They spend decades fighting to be themselves and be seen, just to have people that share their beds and their lives tell them to not be themselves (mostly in public).

This violence is not spoken about because we desire love and to be seen. So how dare we rock the boat? But this violence is intimate partner violence and it robs us of being ourselves.

Whats in a dress?: Queer Femininity as Political