Deprecated: The each() function is deprecated. This message will be suppressed on further calls in /home/holaawmp/public_html/wp-content/plugins/js_composer/include/classes/core/class-vc-mapper.php on line 111
 Can I share the thoughts in my head about my mental illness tonight? - HOLAAfrica!

Can I share the thoughts in my head about my mental illness tonight?

Here is the thing with being diagnosed with a mental illness, or at least here is the thing with me being diagnosed with a mental illness. Some white psychologist diagnosed me with Bipolar II, I say this because it matters to me who diagnosed me as I have to ask myself do they understand what it is, must be like to exist as a black queer womyn in South Africa? This question meant that, for awhile, I rejected his diagnosis, and carried on, merely attempting to exist. At least I tried except, in the back of my head this voice, this white voice, had declared me outside ‘normal’.

I have thought through how I could have taken this diagnosis to mean nothing, except I took it to mean a lot. A whole lot. I internalised a great deal especially living in as a black person, who already exists outside the boundaries that I am expected to exist in. It is tough existing as a queer black womyn who was raised in the church. My existence, my every day is already an everyday struggle.

Back to my mental illness. Having a diagnosis felt to me like an official ‘you’re crazy’ stamp.

Access to the World Wide Web I googled things almost every day in to attempt to understand myself. This knowledge although sometimes insightful, is often less than helpful. All I did was internalise this diagnosis and start to constantly question myself.

As I type this, I just had a heavy session with my girlfriend human person, which was not meant to be about my mental illness but soon became about it. This was our first honest conversation about my mental health. It is a new relationship. She says things, and often I nod. She asks me if I have anything to say, and I have learnt to use the excuse  that I struggle with words in order to avoid answering. 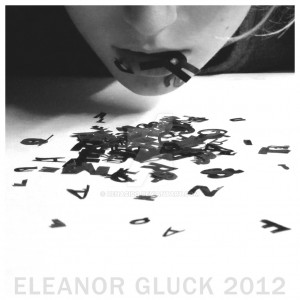 Often when people ask me what I said, I attempt to play out as much as I can what my exact words are, again, so that I am not caught. I attempt to seem as normal as possible. What then happens is I become very defensive which I do not intend to be.

However, academically, I know very well that there is no such thing as “normal’, but being diagnosed suggested to me that I exist outside this imagined demarcation. I exist outside of ‘normal’.

Existing in spaces where we are not aware, and or care about people’s mental health is probably the worst part of my existence.  Recently somebody suggested that I said something I had not said. Normally, I would laugh it off but at the time when this was said, I was feeling very vulnerable. This was because I had recently been brought to tears in a black “intersectional” space. Here is the thing about these intersectional spaces, they seldom consider mental health. Now in said space, things were said to me which I in. This then meant that as I went home, I wondered whether I was indeed crazy.

Do I exist in a world separate from that of other people? Do I say the things that people say I say, do they interpret them or am I just crazy? Am I losing my mind?

This led me to explain to my girlfriend human person that I was considering being institutionalised, such that someone outside of myself could give me a stamp of approval, and assure me that events and things do not just happen in my head.

There is something violent about diagnosis on my being, a being that already struggles to exist every day. There is something more violent about people who have no consideration for people’s mental health. This is something a truly came to grips with this week through my experiences which culminated yesterday at 4:30am as I was playing out the events of the previous days.  This caused me to have an anxiety attack, stuck alone in my room. I am surprised I did not self-harm, even though there there was a point where this crossed my mind.

Even then, however, I thought ‘see, this is why you are crazy. Who thinks like that’.

For more stories on mental health read Almost deaths, I tried to commit suicide and It Never Ends.

#FeesMustFall: You cannot ask women to be vocal in public and silent in private